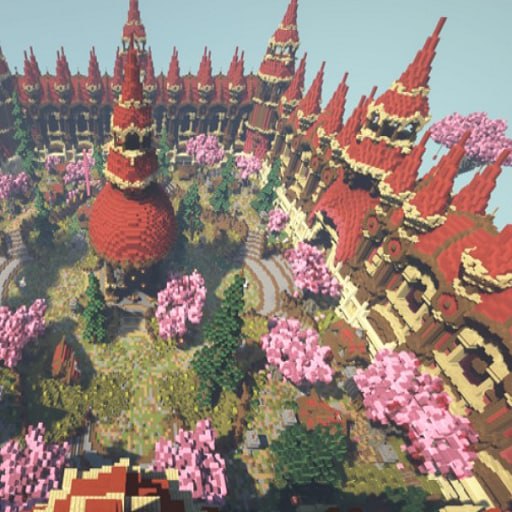 Fantasy Medieval Minecraft PE maps is a fantastic mod with hyperrealistic structures, windmills, a lighthouse, small boats and cranes, and many beautiful layouts. 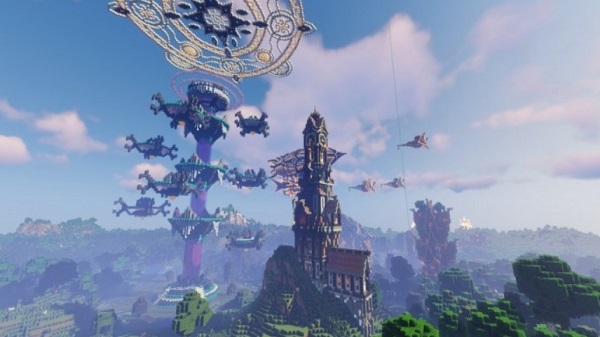 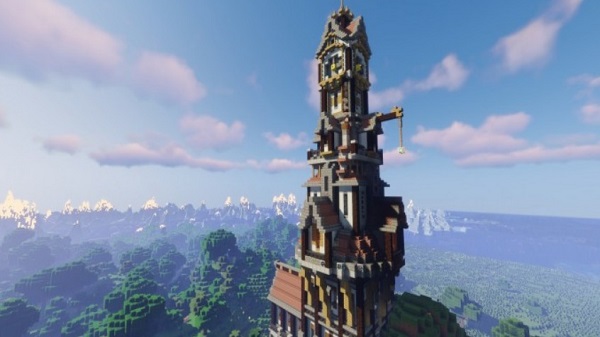 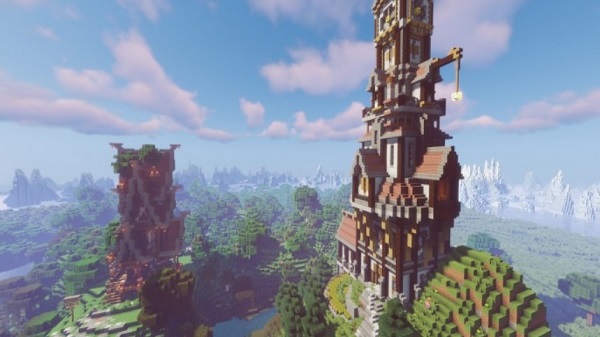 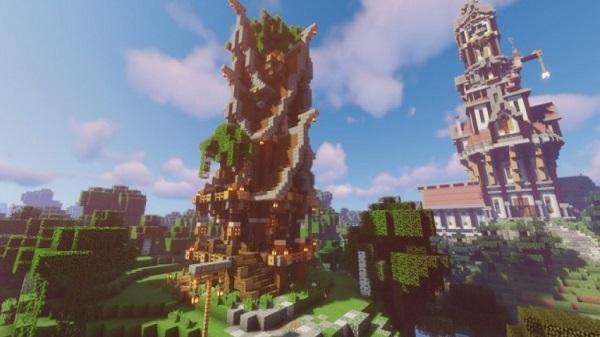 Fantasy Medieval Minecraft PE maps consist of six incredible houses for multiple players to progress simultaneously. The houses are surrounded by thick forests and plain areas that can be used for future expansion.

Fantasy Medieval MCPE Mods Maps are not limited to the beauty on the ground. The production team has also modified the sky with unique battleships and zeppelins.

Fantasy Medieval Minecraft PE maps have been defined to the very last detail. Futuristic battleships, a zeppelin, and stylish homes, combined with the OG Minecraft experience, form a masterpiece that one can look at for hours!

Each house is already equipped with everything you’ll need. So, you just have to log in with your friends and start progressing in the most unique and well-structured hometown ever.

So, Fantasy Medieval Minecraft PE maps isn't like your regular mods filled with mere decoration pieces. Every part of the map is entirely accessible for players to enjoy.

The lighthouse plays a significant role in the map at night. With a great light illuminating the sky, it has been decorated with materials that make it beautiful and charming at night.

Lighthouse is visible from every part of the map, making it a perfect choice for its centrepiece. A wizard’s tower with night lights also adds to the “Medieval” touch of the Fantasy Medieval MCPE Mod maps.

Want to experience a fun map mod with impressive decorative buildings and a fantastic theme? Tap on the Fantasy Medieval Minecraft PE Maps download button below and land in the fantasy land with your friends for a beautified Minecraft experience.